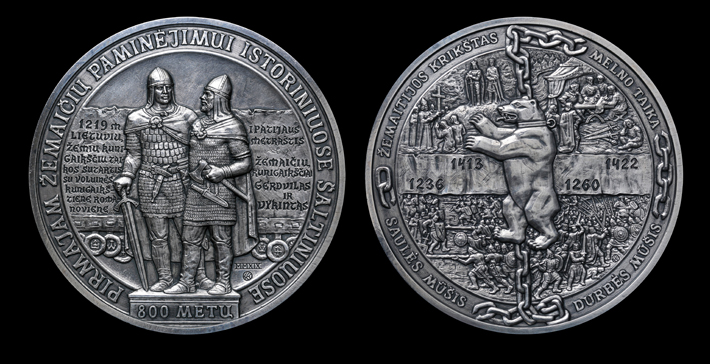 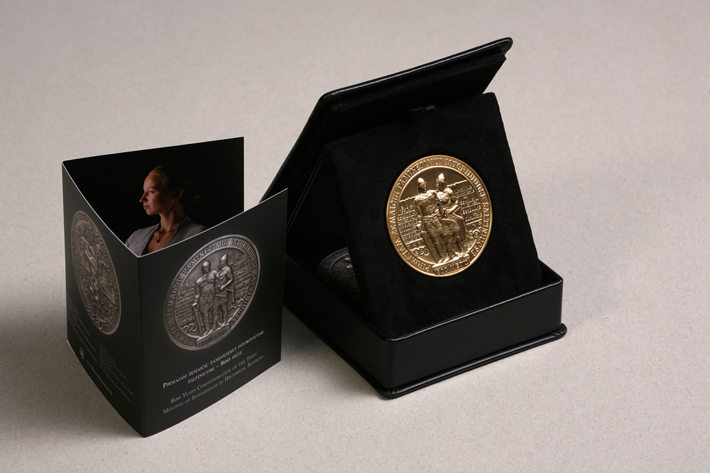 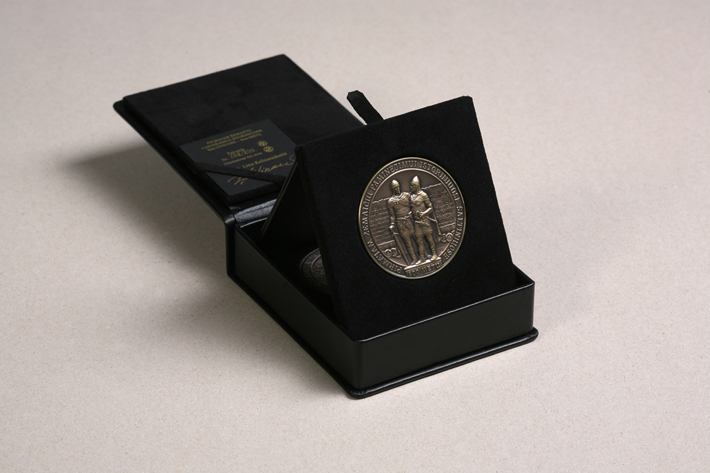 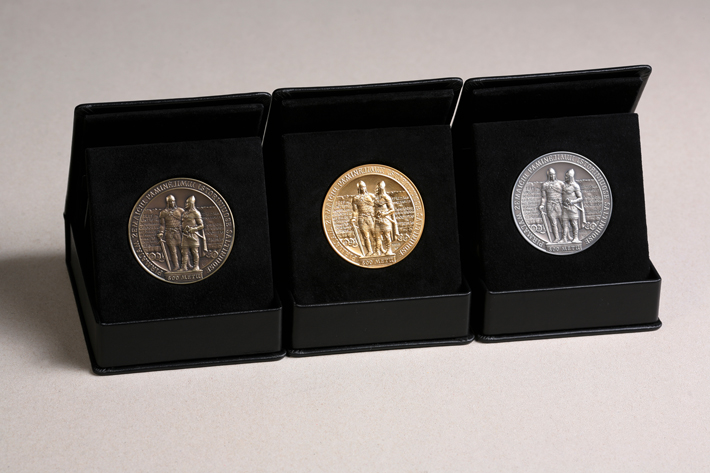 The Samogitians were first time mentioned in 1219 in Hypatian Codex : “The Lithuanian Dukes sent peace treaty to the Great Duchess [Voluines’s] Romanova, Danila and Vosilka according to the order of God.” In the treaty not only Lithuanian, but also the Samogitian Dukes were named. They actively participated and influenced the process of the creation of the state of Lithuania.  It was quite complicated due to the military invasion of the Livonian Brothers of the Sword and the Teutonic Order in the Baltic region.
During the years of tense political situation the Samogitians were often forced to protect their land alone. In 1236, led by Vykintas, they defeated the Livonian Brothers of the Sword in the Battle of Saule. During the battle 48 knights and the master chief died.  After this loss the Livonian Brothers of the Sword could not exist independently and were annexed to Teutonic Order. Even more severe loss was experienced by the united forces of crusaders in 1260 in the Battle of Durbe. All leaders of the crusade and 150 knights died in it. It was the biggest loss of crusaders in 13 – 14th centuries.  After the Battle of Durbe the attempts of crusaders to occupy Samogitia failed.  Besides, the victory also influenced further historical development of Latvia and Estonia and gave enough time to solve the internal problems of Lithuania.
The King of Lithuania Mindaugas, as well as later rulers had to recognize a common Baltic trend of the fight against crusaders, defined by Algminas, the leader of the Battle of Durbe. Although afterwards the Great Dukes of Lithuania gifted Samogitia to the Order in their fights, “the cruel and stubborn Samogitians” withstood all the attacks, and in 1410 in the Battle of Grunwald the united forces of the Kingdom of Poland and the Grand Duchy of Lithuania defeated Teutonic Order. In 1411 Samogitia was incorporated in the Grand Duchy of Lithuania by the Treaty of Torno.  Eleven years, full of military activities and diplomatic battles, were still needed until Samogitia, except for Klaipeda region, was recognized to be a part of Lithuania by crusaders in the Treaty of Melnas in 1422. In diplomatic battle, the Christianization of Samogitia started in 1413, leaving the crusaders no excuse to fight pagans anymore.
Gradually Samogitia was integrated into the Christian civilization of Western Europe.  Severe fights with enemies not only formed distinctive character of Samogitians, but also defined its exceptional status in the state, marked by the series of the privileges from the rulers.

The most important moments of historical turning points – the Battles of Saule, Durbe, the Christianization of Samogitia and the Treaty of Melno are highlighted in the commemorative medal created by the artist Lina Kalinauskaite.