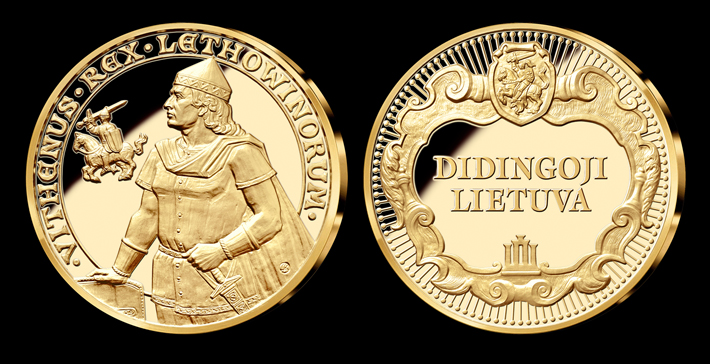 Vytenis ruled Lithuania 1295-1316, was Gediminas' brother and predecessor. He was a great diplomat and strategist, knew how to exploit the disagreements of the neighbouring rulers, how to defend national interests and expand the areas of managed lands. He has created an effective castle defense system. His reign has significantly increased Lithuanian international position, and Vilnius, from a small village began to turn into a real city. Peter von Dusburg in his chronicles mentions the "king of Lithuania Vytenis" and his fights with the Crusaders.